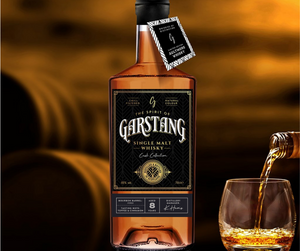 The team at the Spirit of Garstang have teamed up with a small cask distillery in Scotland to build their new cask aged whisky. Our latest single malt Scotch Whisky has been a true labour of love already having Scottish family roots, but also working with the Distillery to achieve a complex range of limited edition malt whiskies.

This has now been bottled at 40% in 700ml bottle using the fresh water from Loch Katrine and is 12 years old.

Distilled on 15th October 2013 and filled to a single ex-bourbon barrel (#1931), this whisky was matured for more than 8 years prior to bottling. Reduced to 40% with fresh water from Loch Katrine, the whisky was filtered to remove any chill haze. The colour is natural, from the interaction of spirit and wood alone.